How does a CSS affect your performance on Google Shopping?

Home > Resources > How does a CSS affect your performance on Google Shopping?

What is a CSS?

CSS stands for comparison shopping service, which enables retailers to place Shopping ads in the carousel. CSS websites collect product information and offers from online retailers to advertise on Google Shopping. In order to use Google Shopping, Merchants must work with at least one CSS.

In recent years, the European Commission sued Google for monopolising the platform as they were the only provider enabling merchants to sell via Google Shopping. Now, other CSS providers can operate on Google Shopping in the EU.

How does a CSS account affect your overall performance on Google Shopping?

Advertisers who operate with an external CSS partner effectively use two separate Merchant Center accounts for the same website. In turn, this enables retailers to appear twice in the same Shopping Ads results. However, the same SKU cannot be advertised multiple times in the same search.

What’s more, as part of Google’s effort to avoid monopolising the platform in Europe, retailers using a CSS partner benefit from a 20% discount on their CPC fees. This means that on top of increased impression share (and increased opportunity for website traffic), clicks made through this external partner cost the retailer 1/5th less.

In summary, partnering with an additional CSS provider is only available in Europe. Using a CSS enables retailers to appear twice in the same Shopping results carousel.

On top of that, user clicks through a CSS Shopping ad cost retailers 20% less. This opportunity to appear twice on the carousel and reduce your CPCs helps drive your performance on Google Shopping.

Bidnamic recently introduced our very own CSS offering. Now, existing and even brand new clients can benefit from a CSS with Bidnamic, managed using our machine learning, human thinking approach.

Our data analysts and customer success managers provide personalised structure calls to ensure your account(s) are set up correctly and running smoothly. 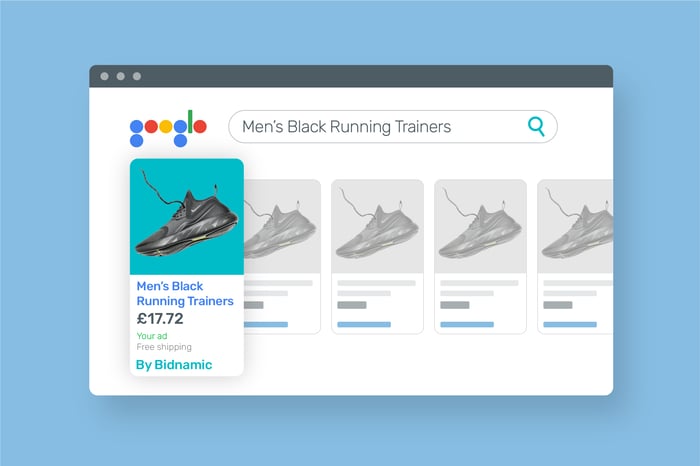 Our Data Analysts are always keeping a watchful eye over our clients' performance, and in this case an Analyst discovered just how beneficial Bidnamic's CSS has been for a client of ours.

Let's take a look at Client A - who doesn't use a CSS - and compare their performance to Client B, who does.

As seen in the above graph, we discovered that Client B gained more clicks with the help of our CSS than if they didn't use one, and performed significantly better than Client A who doesn't use a CSS at all.

In this example we can see clicks dropped for both clients in April, but with Bidnamic's CSS, Client B didn't see a drop-off in clicks as severe as Client A. 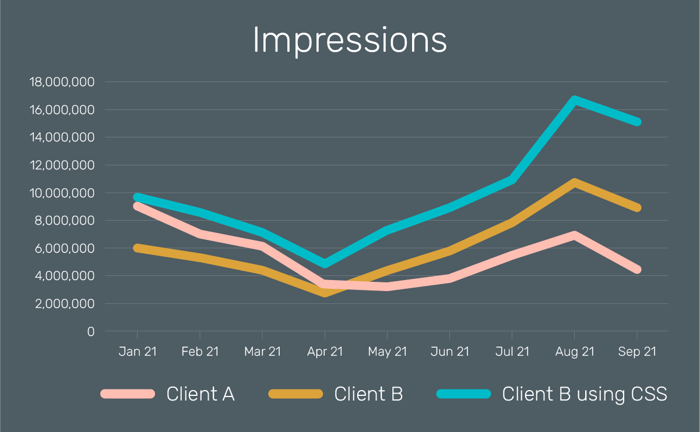 We reached a similar conclusion when looking at impressions: when using a CSS, Client B performed far better than Client A, and once again did not face as large a drop-off in performance during April.

Overall, our data shows that using a CSS can help you to drive both clicks and impressions, as well as help you avoid any significant drops in these metrics. 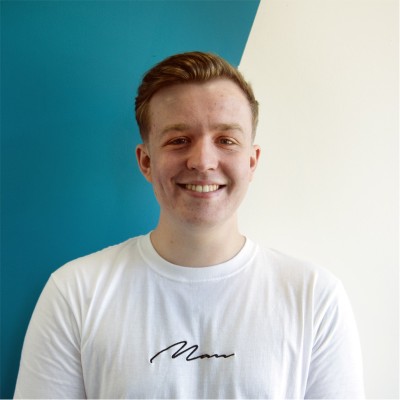 Jak is a Senior Data Analyst at Bidnamic. He works alongside clients to optimise their Google Ads accounts. He also plays a major role in the transition phase, ensuring a smooth experience and continued success.