Why does Google have Revenue Sharing Agreements with adtech platforms?

Home > Resources > Why does Google have Revenue Sharing Agreements with adtech platforms?

Under these agreements, tens of millions of dollars in advertising rebates are paid by Google every year to agencies and adtech providers, proportionate to the value of clients’ advertising spend on Google.

So what are RSAs, and why should advertisers care about them?

Following adverse publicity over the practice, some media agencies introduced a policy of transparency, and share the rebate between their clients proportionate to the size of their advertising spend.

According to a 2016 study by the Association of National Advertisers (ANA), however, agencies typically keep these rebates for themselves and don’t pass them on to their clients.

What are Revenue Sharing Agreements, and why do they concern advertisers?

As documented by Business Insider, recent evidence of hidden RSAs have raised questions during a time when advertising platforms are already under fire over a lack of transparency.

What’s particularly concerning is the size of the rebates – up to 35% of advertising spend.

It’s an open secret that these agreements exist, and although they are rarely subject to scrutiny, and widely considered to be a historic practice that is being phased out, the Business Insider story proves otherwise.

Consultants like McKinsey & Company acknowledge the problematic nature of their existence, but rather than calling for an end to the practice they see this as an opportunity to charge consultancy fees to large advertisers in return for auditing their agency relationships.

So, why are Google’s RSAs with adtech vendors like Marin and Kenshoo an issue?

Although contracts between agencies and advertisers increasingly disclose information regarding rebates, this is not always the case.

In one example, dated 2020, a clause in Google’s RSA with Marin Software, covering 2018-2021, specifically prohibits “any arrangement where Company transfers or shares the value of the Revenue Share Payments to its clients”. The payments under the Agreement amounted to tens of millions of dollars each year. 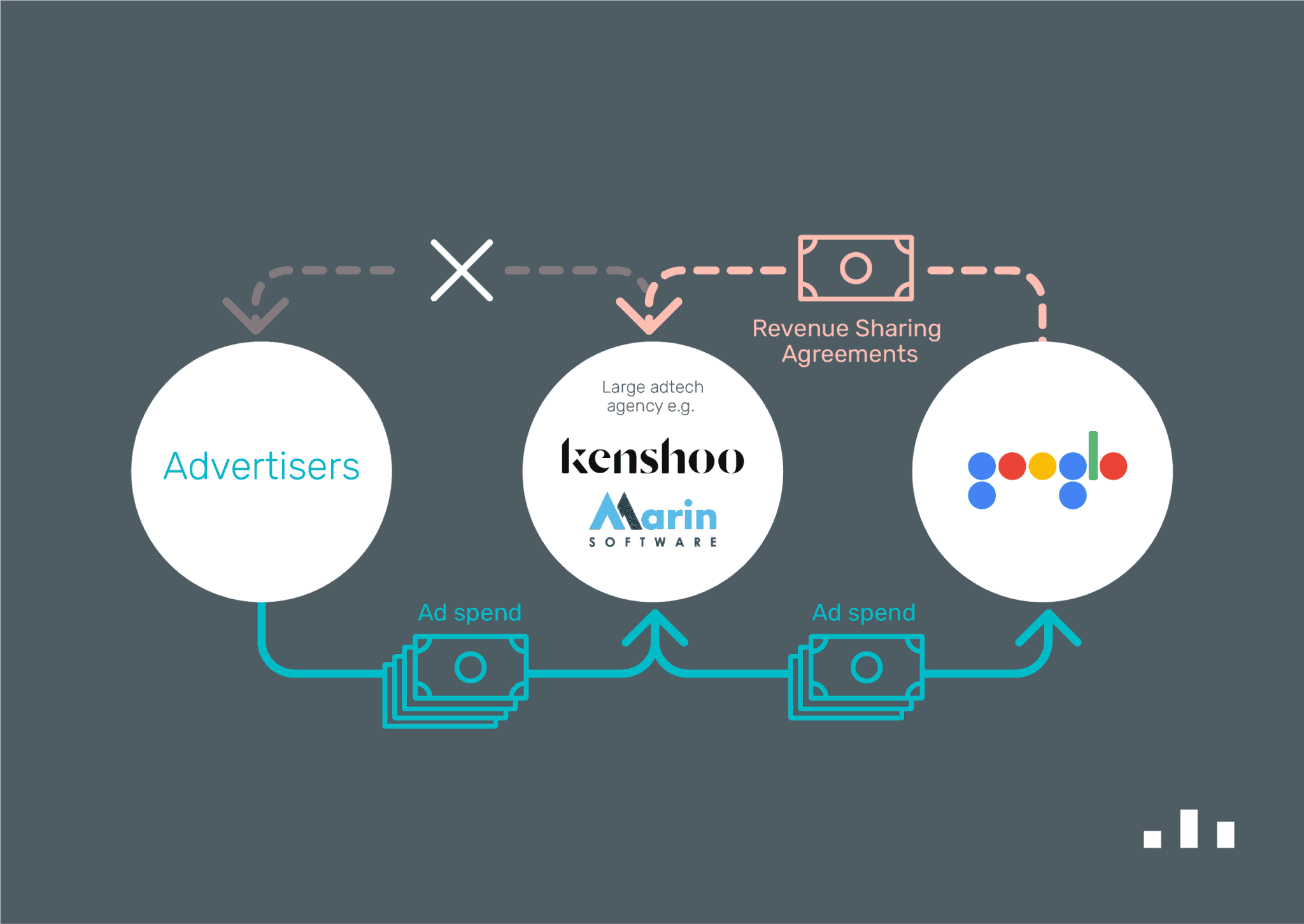 For advertisers using these large adtech agencies, there is clearly a conflict of interest. The more an advertiser spends, the more their platform provider receives in ‘kickbacks’ from Google. For Marin, this subsidy accounted for 31% and 25% of total revenues, net for 2020 and 2019.

This implication of this practice is that the total costs of running campaigns are reduced as the cost of providing campaign management services is subsidized, thereby reducing the total cost per click paid for each advert. Whereas rival advertisers will have to pay in full for their campaign management services (delivered by agencies, adtech platforms or in-house staff), resulting in a higher overall cost per click.

This undermines the whole premise of Google’s auction-based advertising platform: effectively the auction is rigged in favor of the advertisers with the biggest budgets, whose agencies and adtech platforms get the largest rebates from Google.

This is an imbalanced and inconsistent playing field, unlike the ‘level’ and impartial platform promoted by Google that needs to underpin an auction.

What is our position?

Bidnamic’s position is that rebates of any kind are not in the best interest of our clients or the market in general. The auction model – and the mathematical and moral logic behind it – is predicated on the principle that the auction is open and fair for all participants, irrespective of budget or affiliation.

By entering agreements to give rebates to advertisers, agencies or ad platforms, Google is undermining the premise of the auction.

In addition, Bidnamic strongly believes that the traditional agency model of charging a percentage of advertising spend is equally flawed, as it rewards the agency for inefficient and poorly optimized campaigns.

Bidnamic is committed to charging our clients a flat fee for using our services. We will continue to reach out to Google on behalf of our clients to express our concern over the ongoing use of RSAs, and recommend that other companies that are involved in the Google Ads ecosystem do the same.

We post FAQs and updates to Google Shopping on our resources page. 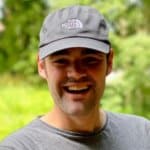 Liam is an entrepreneur with deep experience in digital marketing and ecommerce having previously established and scaled several ecommerce ventures, now leading to the creation of Bidnamic.