How the switch to Performance Max affected Google text ads

Everything you need to know about Performance Max campaigns

We looked into this and found what had caused an initial dip in performance, and why our text ad campaigns then increased past the level of non-Bidnamic campaigns the next month.

We saw that our text ad campaigns initially dropped in conversions in September as Performance Max was implemented, whereas non-Bidnamic campaigns saw an increase during this time.

As shown in the graph below, Bidnamic text ad campaigns then increased in conversions by October, exceeding the level of non-Bidnamic campaigns which continued to drop. 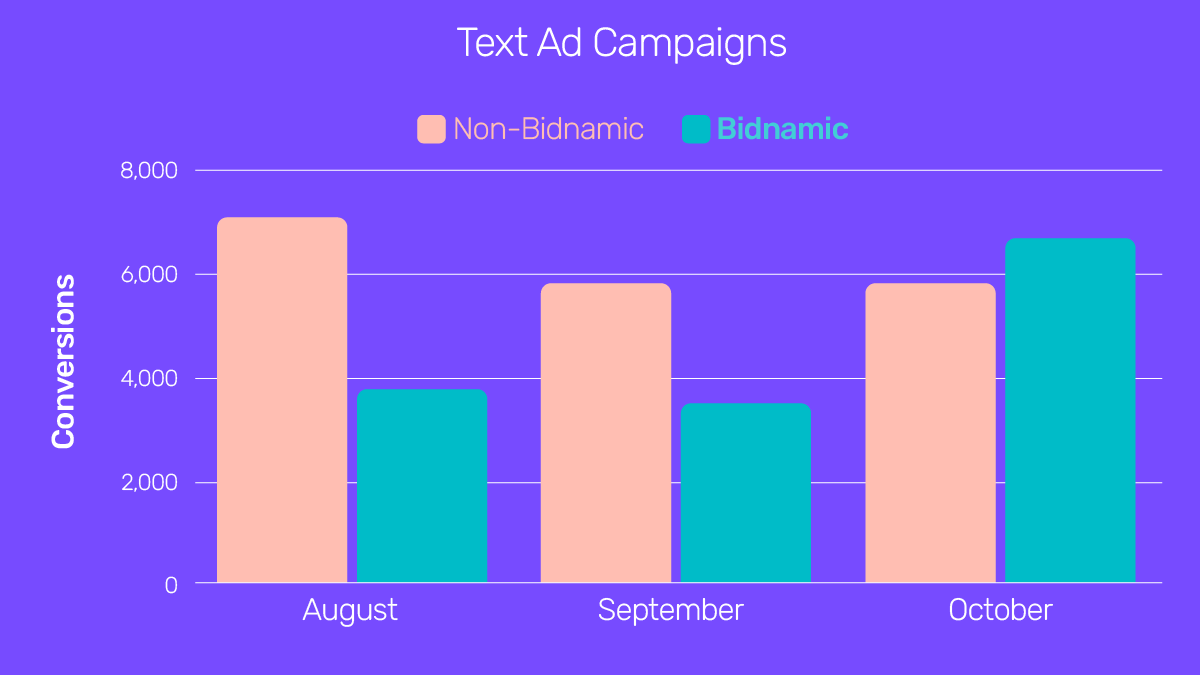 Why did performance drop?

Due to the influx in Performance Max campaigns, there was increased competition on Google Search.

Because of this increased competition, the data our technology platform collects to determine bids was less relevant, causing a drop in conversions.

How did performance increase in October?

By October, our technology had gathered enough data and had learnt to adapt to the surge in competition. This helped us optimise our text ad campaigns to compete successfully, increasing conversions for our clients.

Non-Bidnamic campaigns suffered because they were unable to adapt to the increase in new competition, causing their October performance to dip slightly below that of September.

Clicks per month were also affected by the initial switch. However, Bidnamic campaigns quickly recovered and drove traffic to text ads by October. 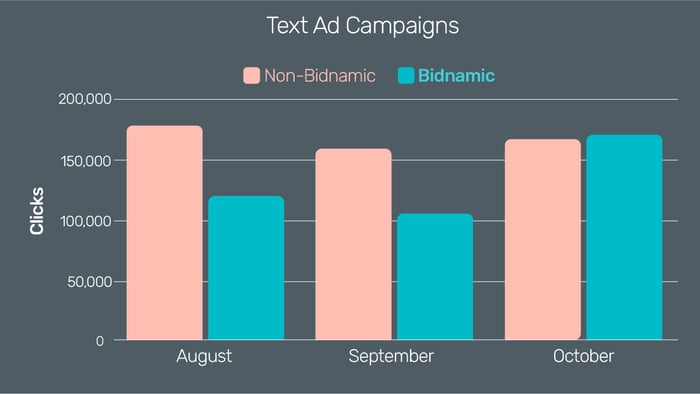 The rapid performance increase is thanks to our machine learning platform which quickly adapts to changes in competition to make sure our clients beat competitors in terms of both conversions and clicks. This happens without the fuss of manual bid management which can be hugely time-consuming.

Whilst Google Shopping management is our primary offering, we also offer text ads management for existing clients looking to optimise their performance on both Google Search and Bing.

To discuss how we can help your Google Shopping channel grow, book a demo with one of our specialists.